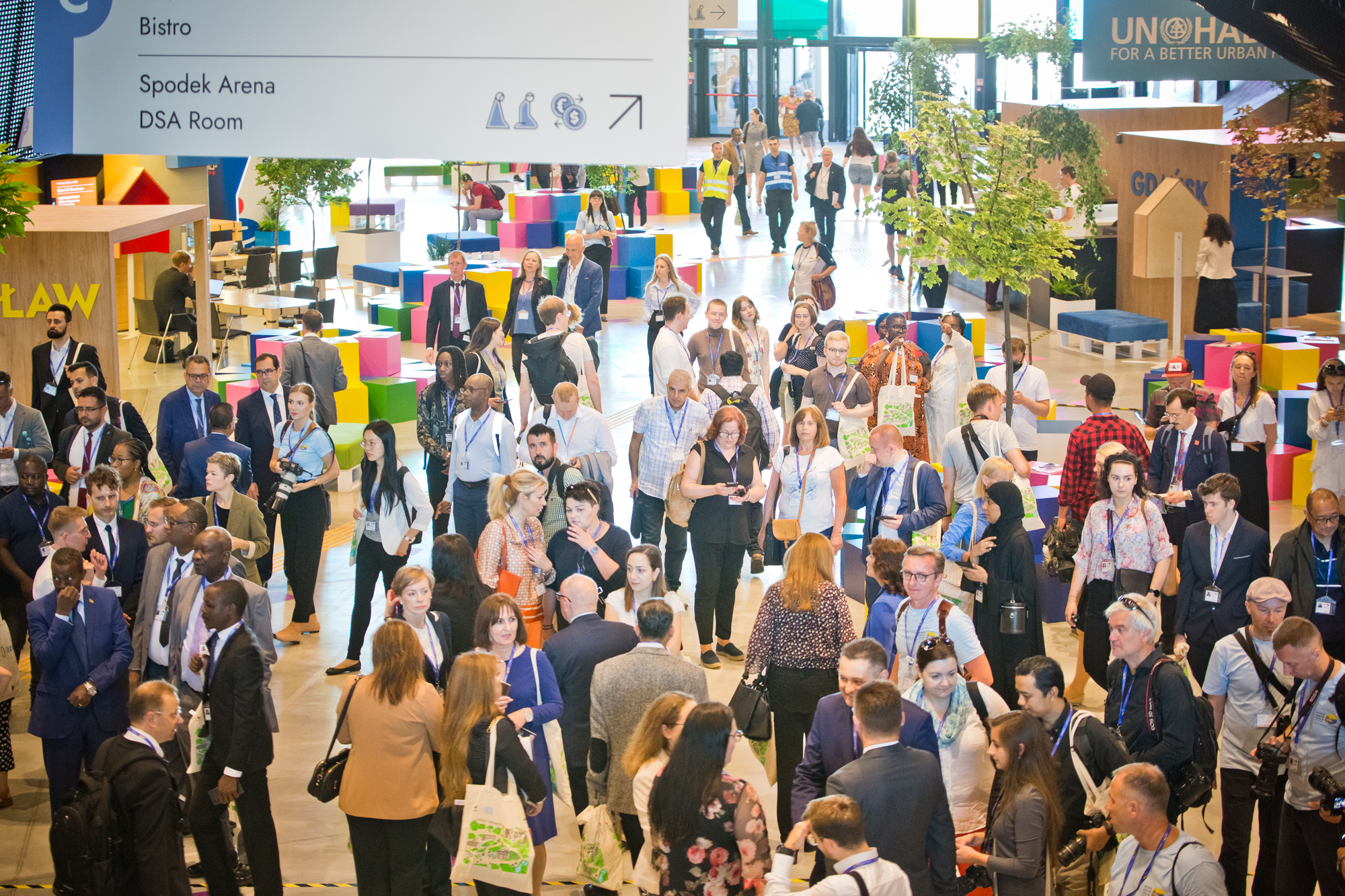 Almost 4000 people were involved in the organization of the event, including almost 100 members of MTP Group staff and next 400 people employed extra for the project under temporary contracts. The group of 300 volunteers who helped the participants of the conference both in the buildings of International Congress Center and in conference zones located in various places of Katowice was also very helpful. 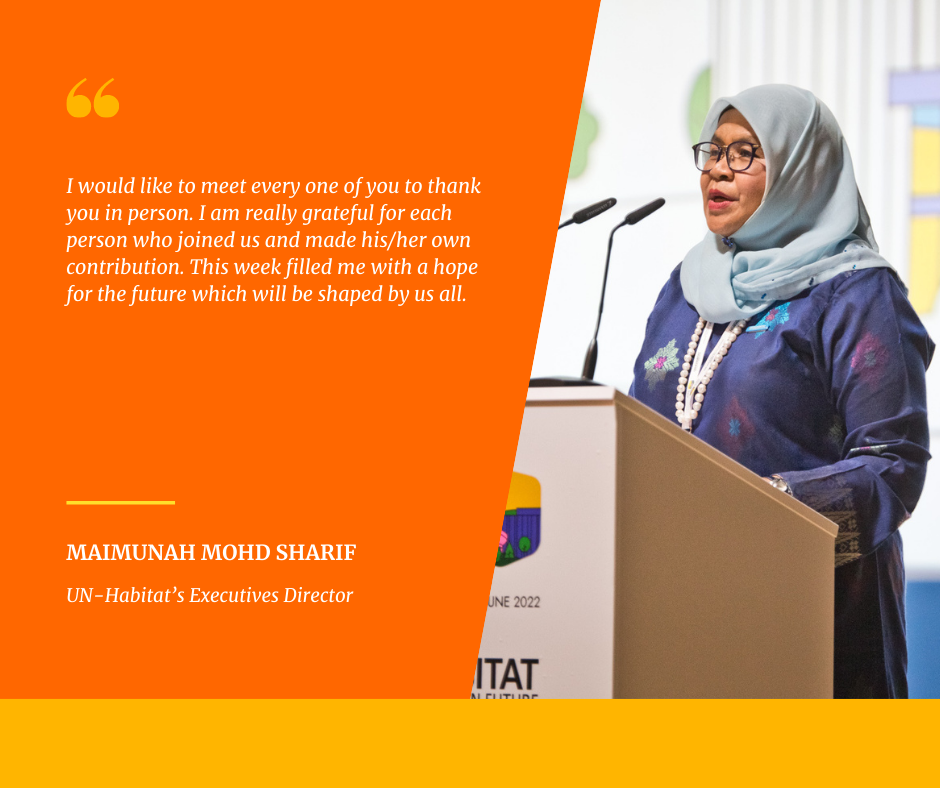 MTP Group was responsible for designing and producing the decor of the existing congress areas in MCK in Katowice and constructing temporary conference, seminar and office rooms, inter alia for UN. We also provided the necessary IT infrastructure, audio-video systems and catering. MTP Group was also responsible for serving the exhibitors - countries and institutions present at WUF11. 93 exhibitors from 43 countries took place in URBAN Expo event. Additionally the Ministry of Funds and Regional Policy entrusted MTP Group with designing, constructing and maintaining the Polish Pavilion at WUF11 and preparing the concept of interactive exhibition. 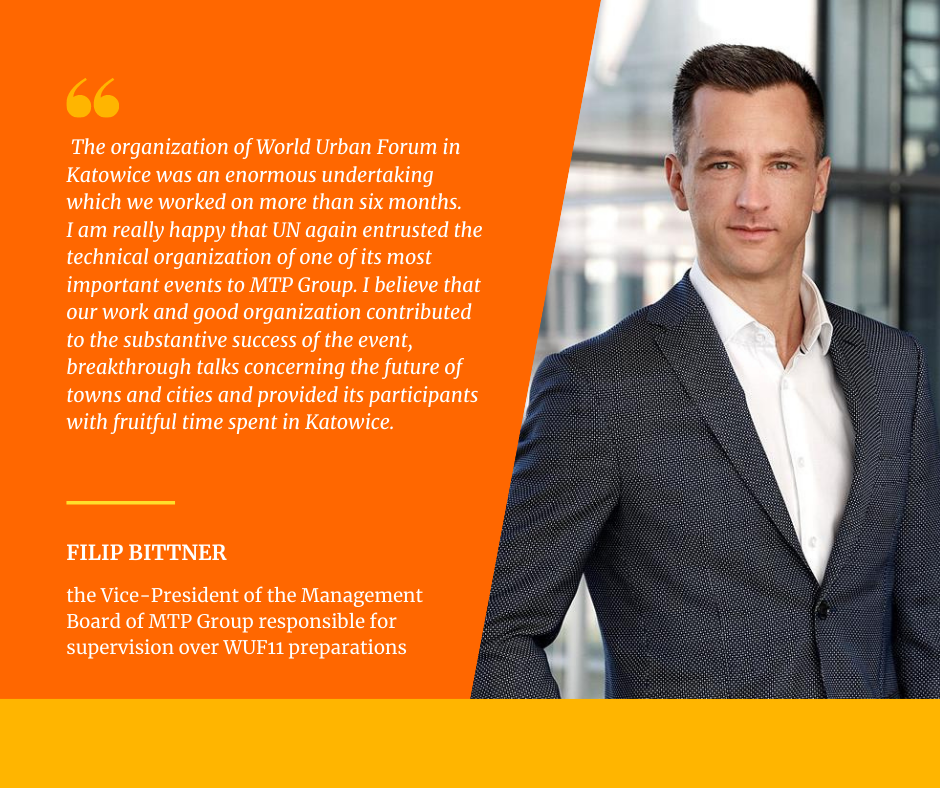 The event was attended by 10 626 people from 155 countries and 6153 people followed the Forum online. World Urban Forum accelerates the changes to the approach to conducting urban policy. It intensifies also the public debate concerning sustainable development of towns, cities and and regions. This also took place in Katowice and in Poland. 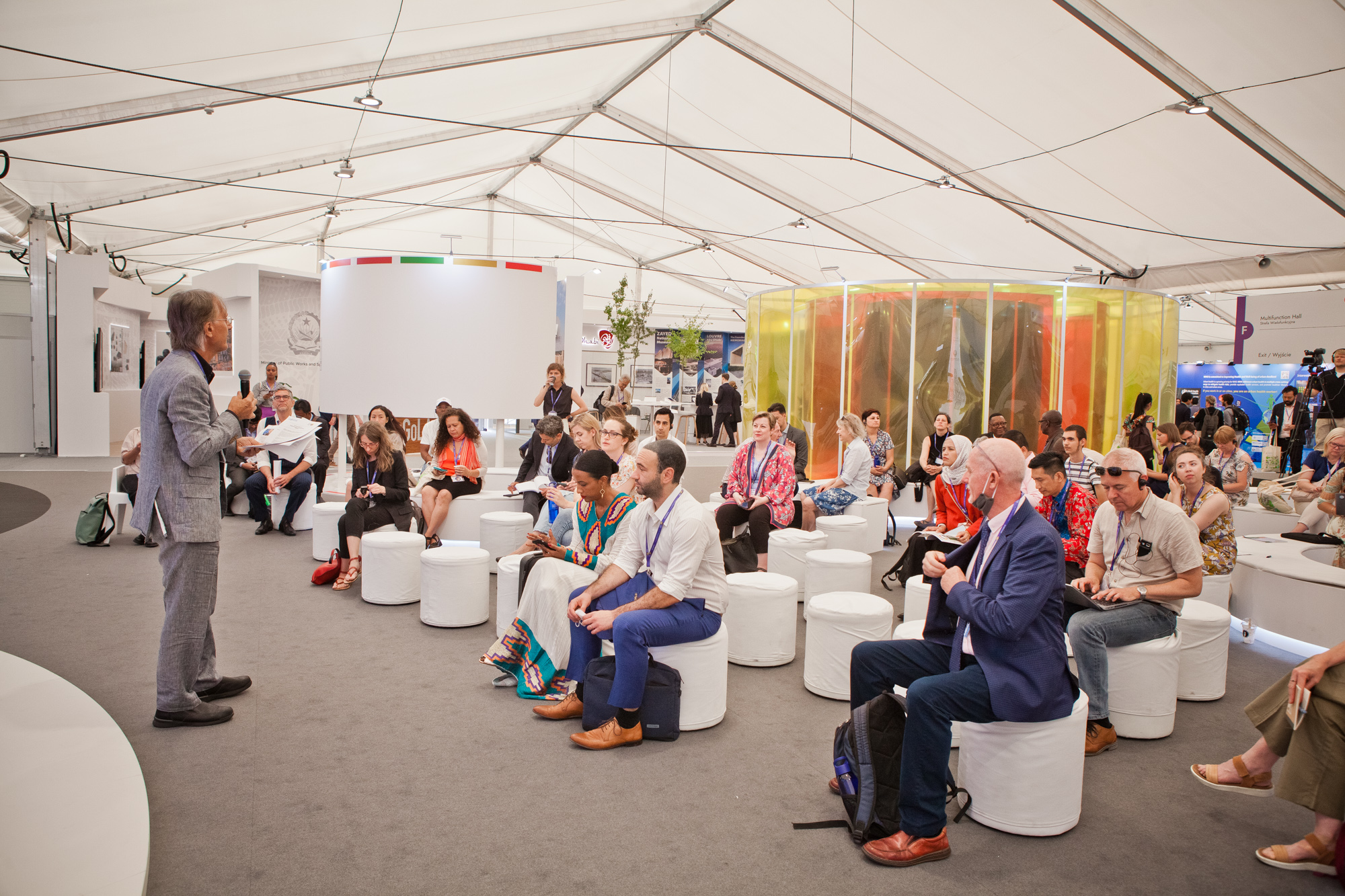 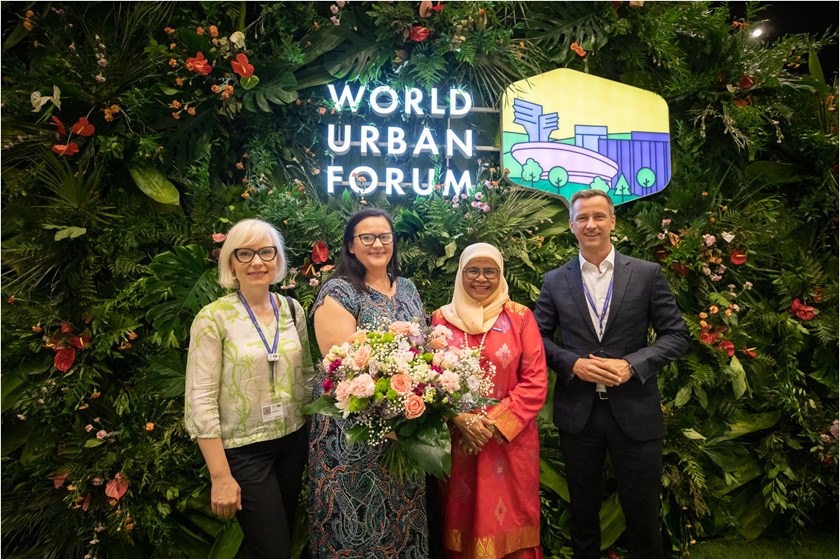 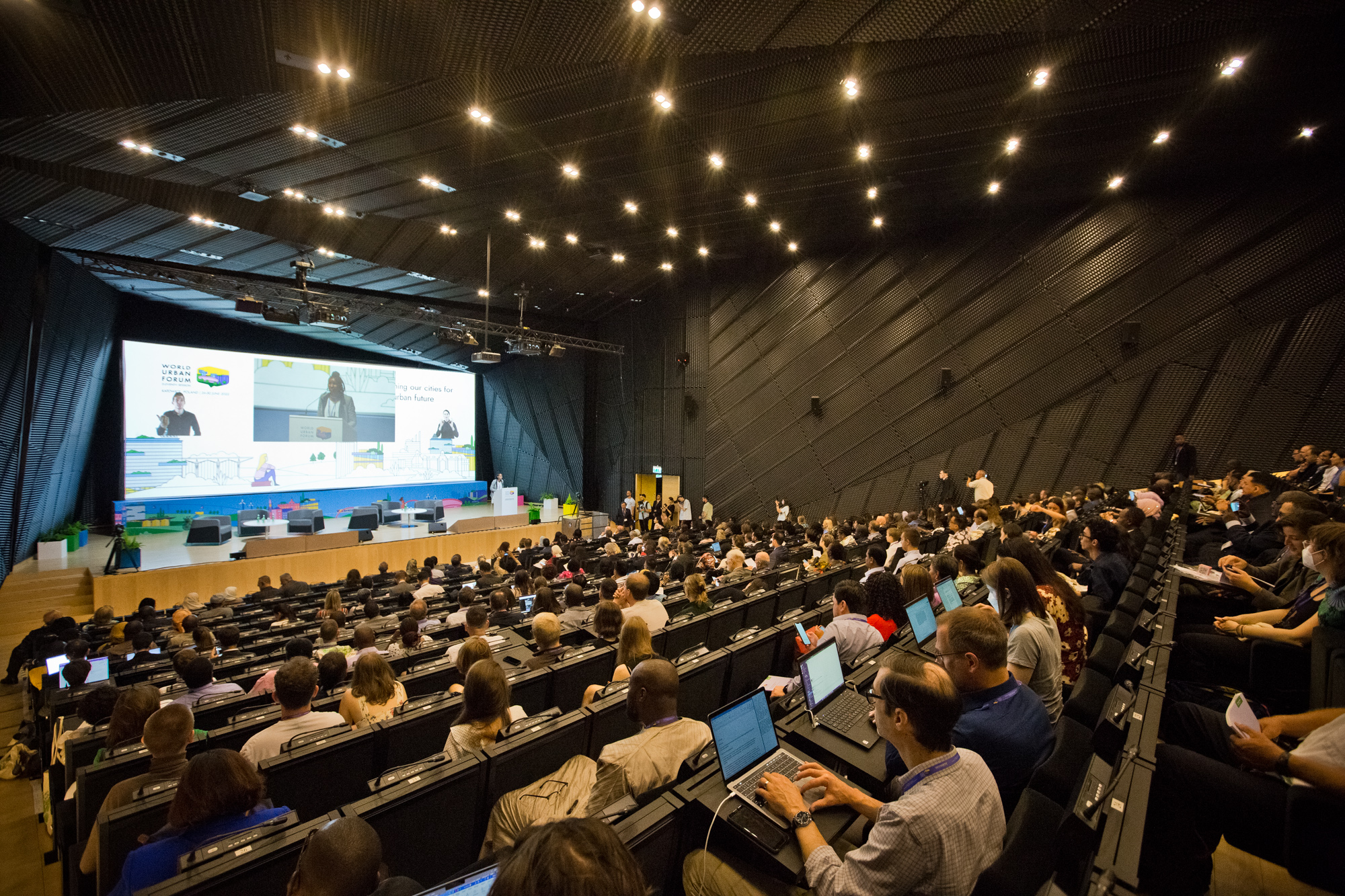 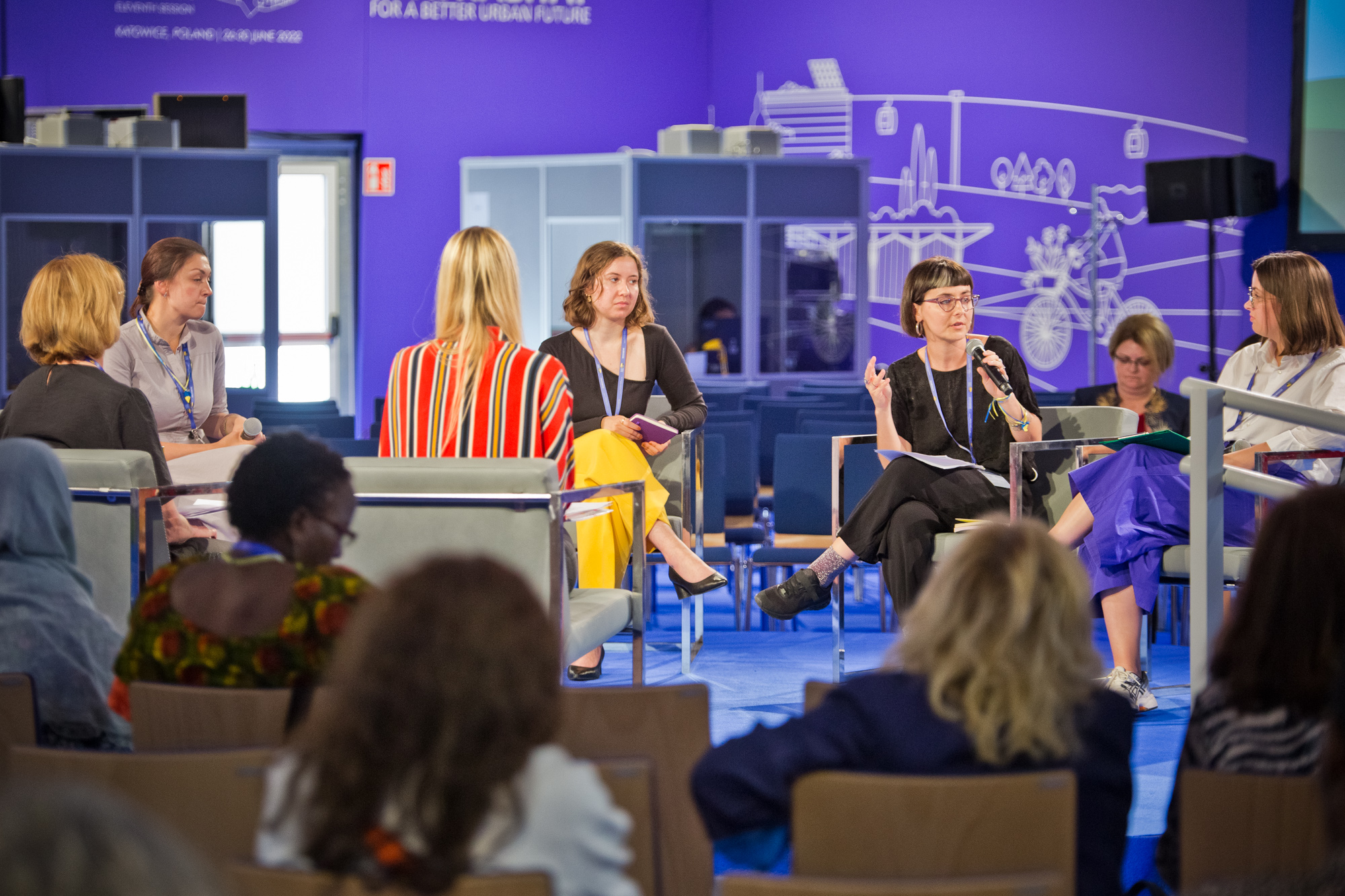 The National Urban Policy 2030 was presented during WUF11. It is a document which forms the framework for developing urban policy in Poland for the next decade. The document is based on the New Urban Agenda and was created in compliance with the Sustainable Development Goals. Together with “Operation Plan for Towns/Cities” which contains good practices and sustainable urbanization trends presented locally, KPM2030 will definitely constitute WUF11's heritage for our country. During WUF11 the special Polish session concerning the reconstruction of towns and cities after wars and natural disasters was especially important. The opinion of the representatives of Ukrainian towns and cities was important testimony during WUF11. The conducted discussions will help in reconstruction of Ukrainian towns and cities and destroyed infrastructure.

WUF11: an "extraordinary moment" for the world`s cities

WUF11 is approaching – what will the World Urban Forum WUF11 in Katowice offer?